Vicky is passionate about women’s equality in every sphere. She challenges oppression and gender inequality by shining a light onto places where change is needed.

One of these is within religion. Vicky created and launched the Faith in Feminism Project to focus on the intersection of these tensions. It’s a collection of interviews and an ongoing place of dialogue about gender and faith.

Vicky also speaks to HR and workplace conferences about how to improve gender equality, and to women of all ages about stepping out courageously to be themselves.

// THE FAITH IN FEMINISM PROJECT //

Vicky launched the Faith In Feminism Project last year. It is an ongoing series of conversations about the interaction between religion and gender equality. Some of the interviews she’s carried out are published online.

The website attracted over five thousand hits a day on its launch week, featuring interviews with high calibre contributors from the media, academic and feminist world.

Vicky purposefully tackles controversial questions, asking her interviewees “Can you be a feminist and be anti-abortion?”, “Is the Muslim faith really compatible with feminism?”, “What is life like for a transwoman as a priest in the Church of England?”, “Do atheists make ‘better’ feminists?”, “Can you be a conservative Christian who opposes same sex marriage and be a feminist?”, “Is the Sikh faith welcoming to women?”.

These and many other interview topics are featured on the site, showcasing a kaleidoscope of different perspectives: 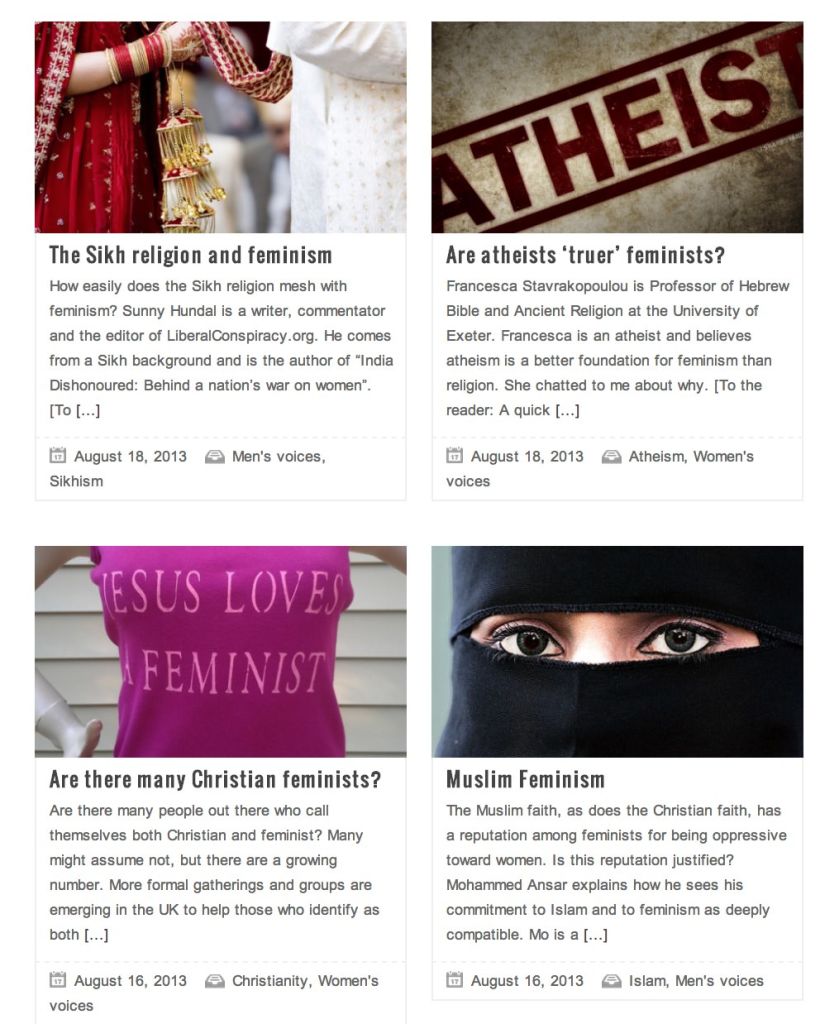 Vicky was recently involved in the Women on Banknotes campaign, alongside her friend Caroline Criado-Perez. The campaign gained 33k signatures and Caroline along with Vicky and Lucy Holmes (from the No More Page 3 Campaign) presented the signatures to the Bank of England.

They dressed up as inspiring women from history – Vicky in the cape below, is Boudicca: 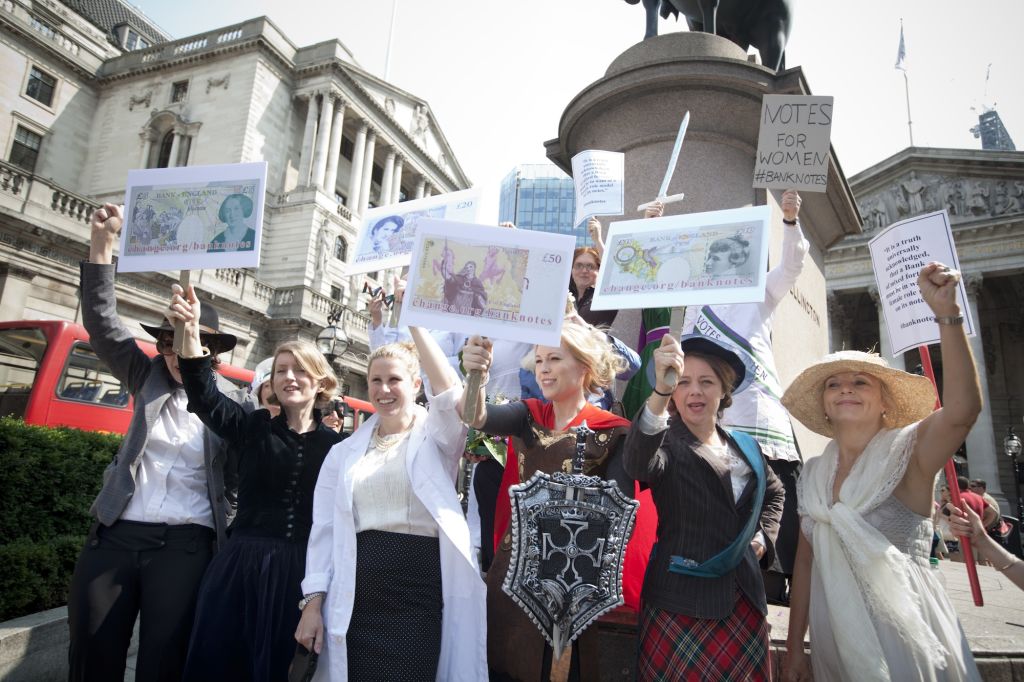 They presented the petitions, resulting in the Bank deciding to put Jane Austen on the forthcoming ten pound note. 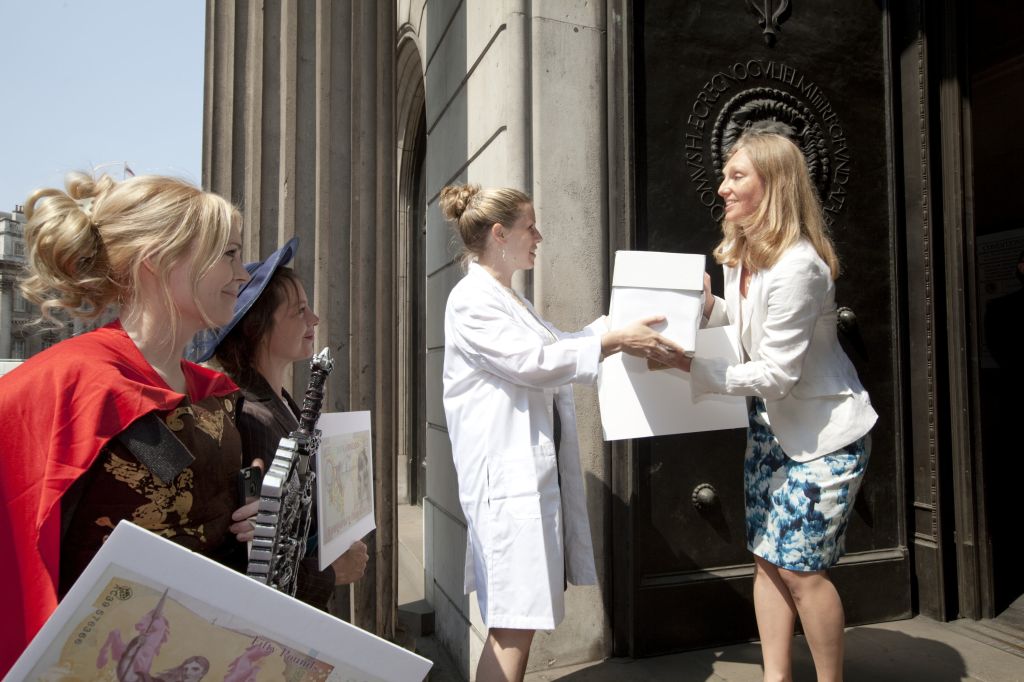 The story made it into all the broadsheets – including photos of Vicky and co. in their fancy dress. 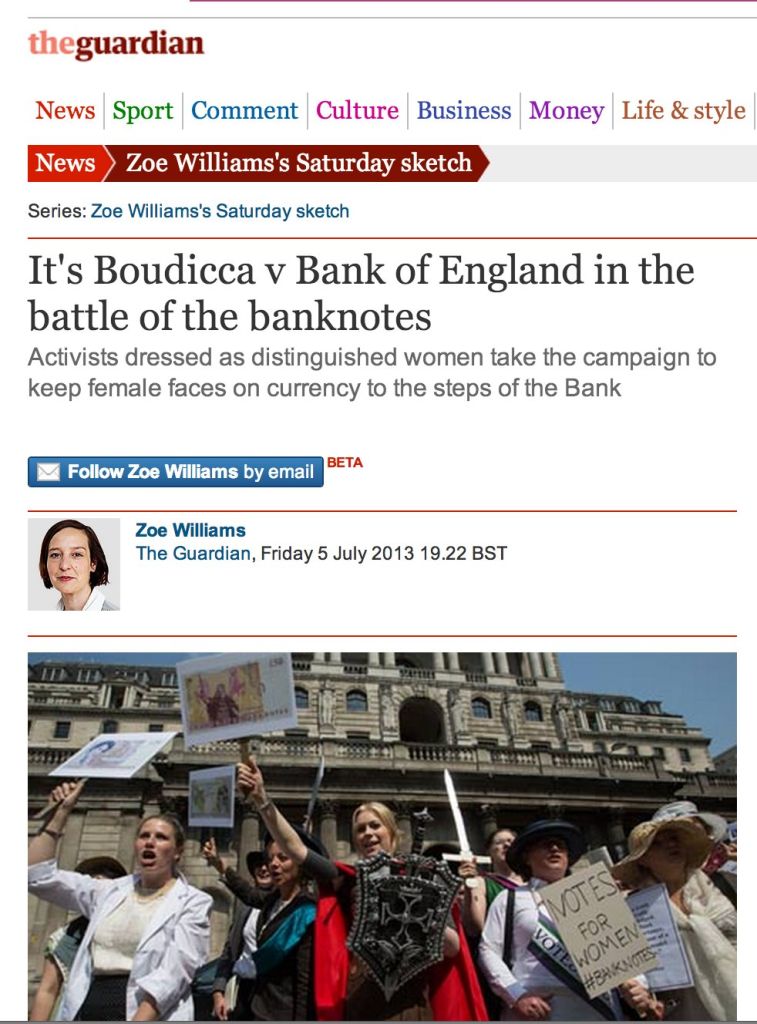 Vicky has also spoken in the media about the Twitter trolling that she, alongside many other women like Caroline Criado-Perez, Caitlin Moran, MP Stella Creasy and Mary Beard, faced this summer.

She received a barrage of abuse, some of the more tame tweets are showcased below:

She was interviewed about anti-feminist trolling on Sky News and on the BBC News:

Vicky has written on feminism for sites like BBC Religion and Ethics Online.  Her piece “Jesus was a feminist and so am I” attracted a lot of attention on their site. You can read it by clicking the image below. 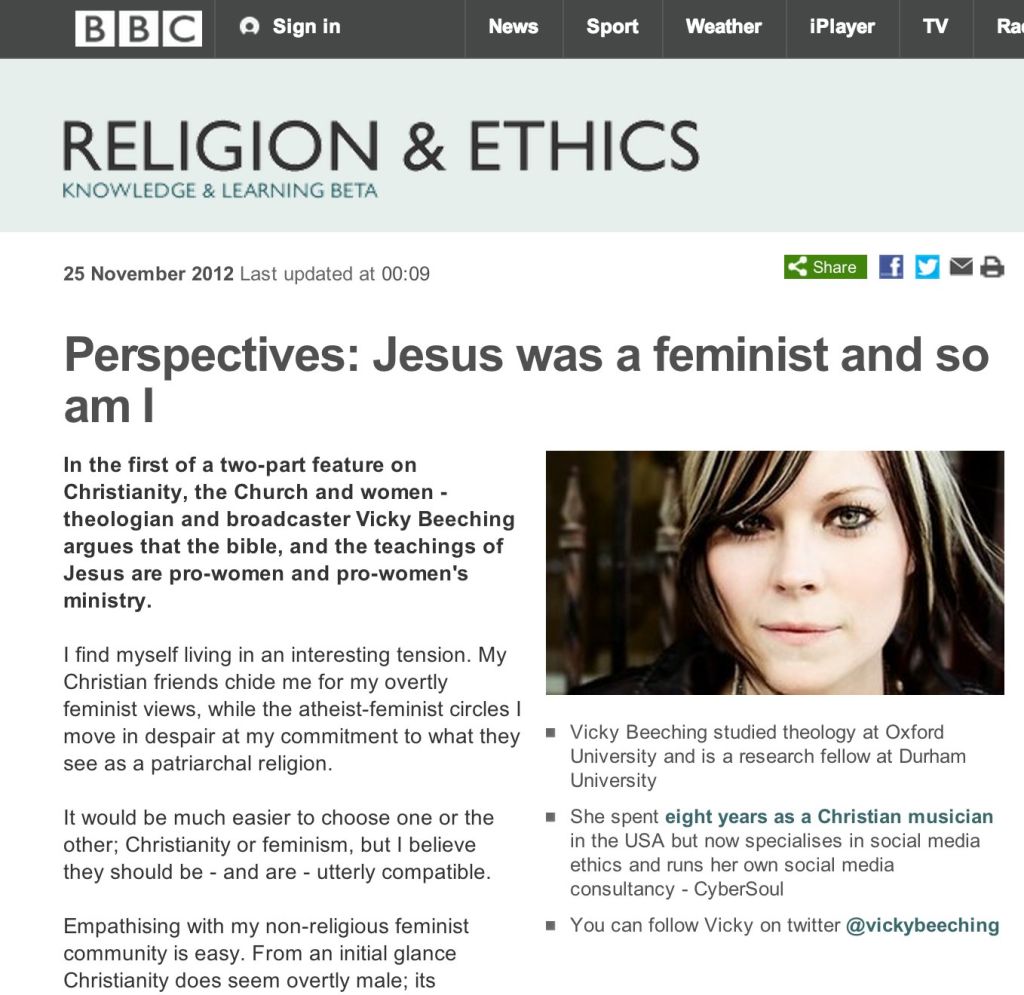 She regularly writes on Feminism for the Independent: 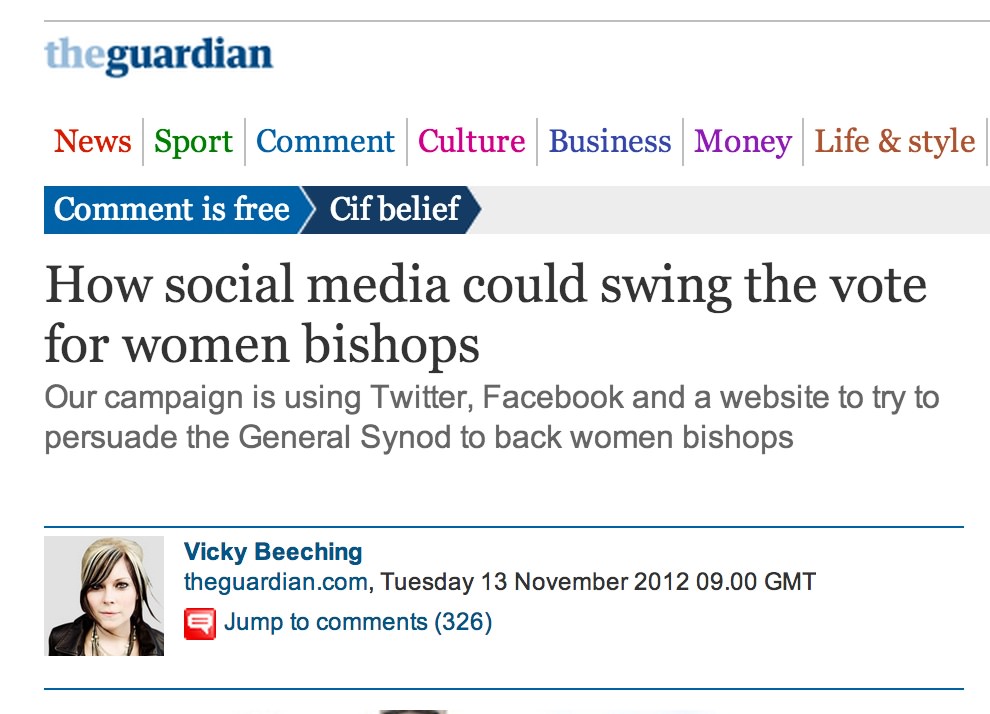 And for her own popular blog: 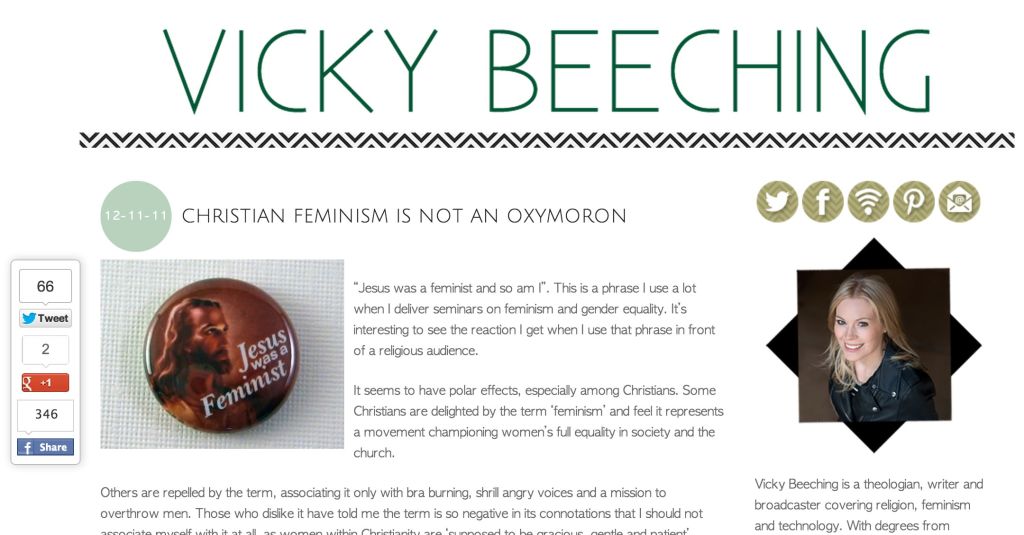